We struck gold with our HIDDEN GEMS Challenge

This August for Women’s Month, GREEN Solar Academy ran a promotion called HIDDEN GEMS. We were hearing from employers in the solar industry that they were struggling to find suitable staff in key positions; our campaign focused on women as the ideal candidates to fill those roles. We published a series of articles and career portraits to spread the message that solar is about more than just installation and shed some light on the variety of jobs available.

We maintained that women bring a different energy and talent for certain tasks in the PV industry that can add real value and increase the overall effectiveness of a company, simply by widening the perspective and adding a different point of view during negotiations and sales talks.

So, we challenged our male alumni network to sign up their Most Valued Female (a colleague, a daughter, a wife or friend), the HIDDEN GEM who would be brilliant in a PV business, to one of our trainings, with the promise of tempting prizes for the alumni who succeeded in encouraging the most women to sign up for a course during the campaign.

And they came to the party in the best possible way!

While previous campaigns have met with success, they did not achieve the objective of bringing women aboard our trainings in the way that HIDDEN GEMS did. For every 1 woman registering for training in months gone by, we had 29 sign up for a course during August! That’s an increase of almost 3000% … a simply incredible number!

We were able to ascertain that 29% of the people who engaged with our organic Facebook posts during this period were women, mostly aged 25 to 34, while engagement with our sponsored posts amongst females rose to 47% compared to just under 30% at any other time.

And we had FOUR women at one SuperSolarSchool in Johannesburg during September and THREE on the same course in Cape Town during November!

In years to come, we will continue to refine and build upon the message we broadcast this year: women are wanted, and needed, in the solar industry! 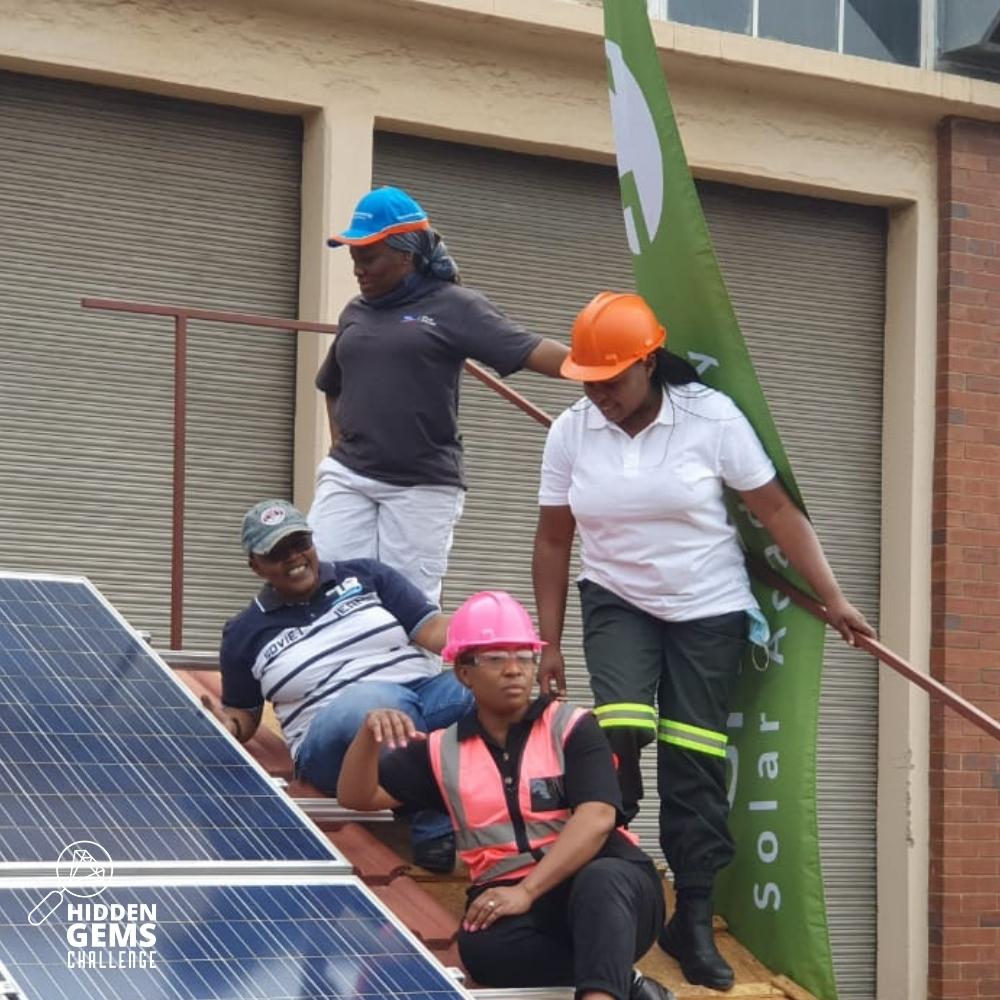 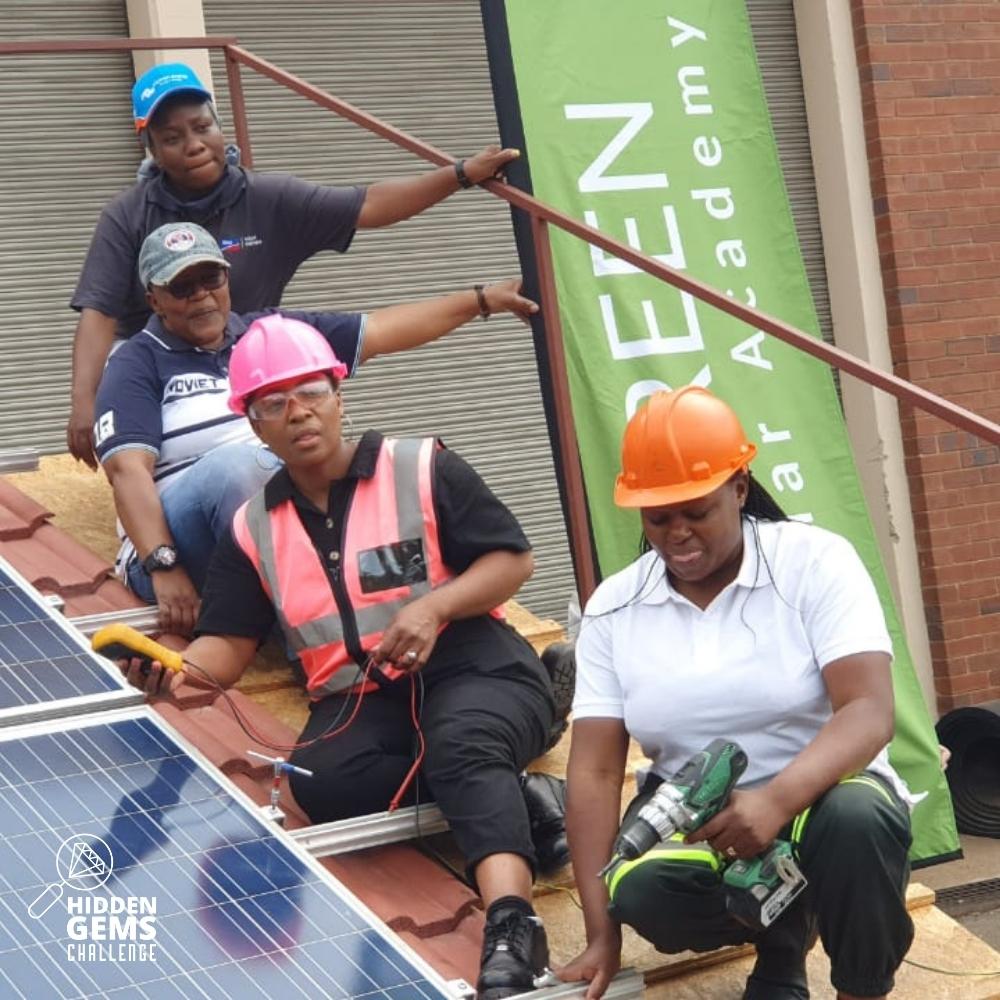 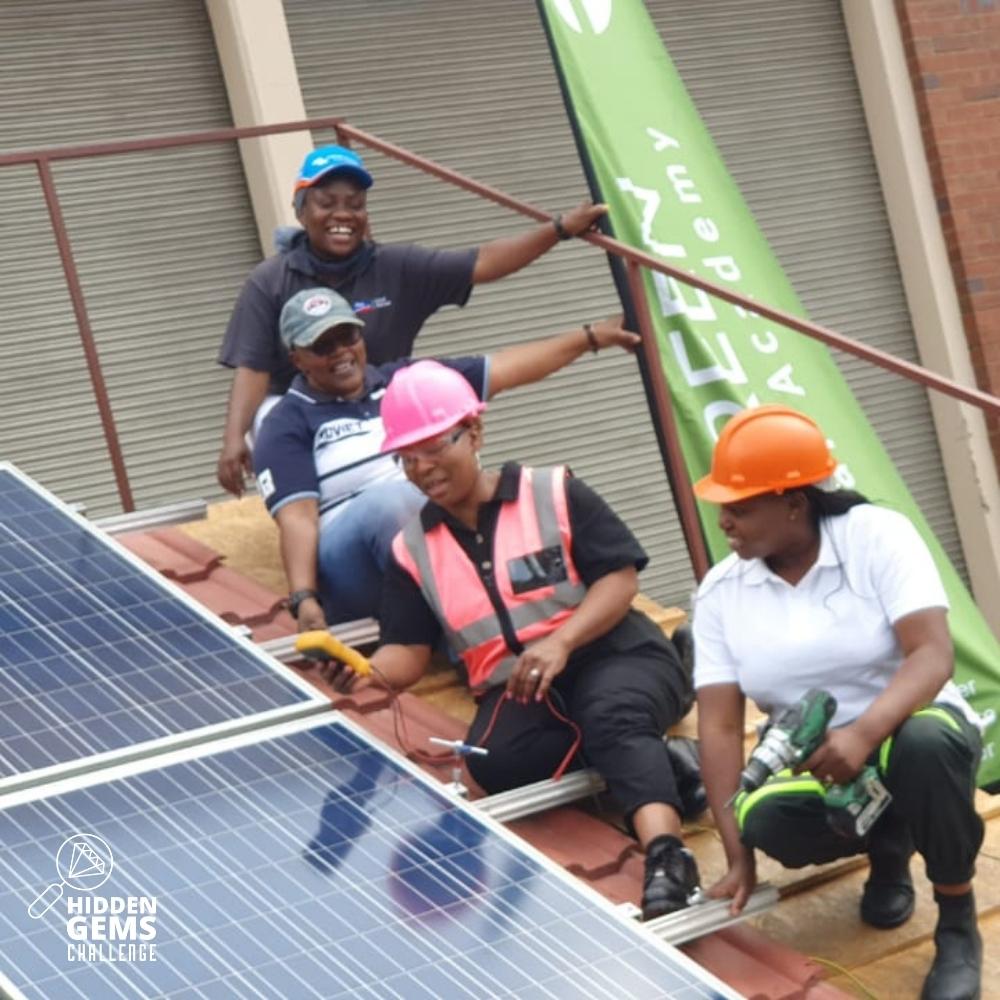 Four women in firm control of their careers in solar energy! Seen at the GREEN Solar Academy SuperSolarSchool practical installation day are (from back to front) Tabello Thlapane, Thoko Ndlovu, Linda Manyatshe and Shylon Nderere.

Our well-attended online Alumni meeting during the campaign was entitled “From average to excellence – How women contribute to success in solar businesses” and resulted in us making valuable new industry contacts. You can click here to watch the online recording of the meeting.

The outright winner of one of the SuperSolarSchool Courses was Anselma Haushiku from Pupkewitz Megatech in Namibia – she signed three people up for a training in one fell swoop, including one woman. For our other entrants, we conducted a lucky draw – you can watch the video below to see who won what: