Jobs in the PV industry

This month at GREEN Solar Academy we are looking further into the topic of jobs in the PV industry. We will run a campaign of job portraits of people in the PV industry through short interviews, with this campaign we want to show that solar has a wide variety of jobs and that there is space for anyone in the solar PV industry.

“Working in the solar industry is so much more than simply carrying modules and climbing on roofs; any type of work you can think of also needs to be done in the renewables sector: finance, sales, management, communications and more.”

Below is an interview with Sophia Nortje a businesswoman, entrepreneur, wife, mother, and owner of Sunor Energy. She talks about working in the PV industry and how there are different jobs in the industry.

What did you study?

“I have a Double Master of Arts (M.A.) focused on Strategic Management from University of Waikato (NZ) and Economics from University in Kiel (Germany). I have always loved learning about other cultures, traditions, and languages which influenced the choice of study. I studied for a semester in Sydney and then lived in New Zealand for 8 years where I continued to study and work in the solar industry.”

How did you join the solar industry?

“I worked for a big electricity company in New Zealand as a project manager, initially in shipping, then in logistics. The company had a small renewable division for small-scale off-grid systems. I then relocated to California and worked for a solar company, and this is where I gained more knowledge on solar panels, battery backup systems, inverters, and everything solar.

When I moved back to South Africa, I provided solar training and consulting for maxx-solar, and I was part of the SolarEdge team which introduced the Tesla Powerwall to SA.” 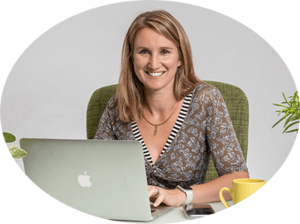 “I am a businesswoman and entrepreneur. Owner of Sunor energy.”

What made you decide to start your company?

“South Africa’s energy crisis meant there was a huge gap for energy and the solar market would soon gain traction. In 2015, I made the decision to draw on my many years of industry experience, and the great connections and relationships I have fostered, to go on my own.”

What challenges did you face when starting the business?

“Being a new company, it was a little challenging to sell that very first system, as clients always ask about the work you have done previously as a company; they also want references. Another challenge was sourcing staff of a certain caliber, especially with regard to electricians. Sunor stands for high-quality systems and installations, and our employees need to embody the standards we have set.”

What do you love most about your work?

“The joy of meeting new people from different walks of life and being able to tell people about the products on offer. It is so important to know your product – that way, you will not be undermined. I believe women are actually at an advantage in this case; we understand and are better able to explain, those technical concepts to a non-technical person. “The joy of meeting new people from different walks of life”

What advice can you give to women who want to start a solar career?

Start somewhere, there is a saying “it is easier to move a vehicle in motion than a stalled vehicle from rest”. The first thing is to familiarise yourself with what is happening in the industry. Read articles, books, and magazines – there is a lot one can learn through self-study and research. Be open-minded: the solar industry has many aspects to it, from sales, marketing, design and planning, installations, calculations, and many more. When you decide to join the industry, find your niche, find what you are good at. Solar is more than just the installation of panels and I believe there is a place for everyone and anyone in the solar PV industry.

Be confident about who you are and what your strengths are; trust that the right opportunities will open up for you and when they do, grab them with both hands and run with them.

Finding an area that you’re both knowledgeable about and that you love is the sweet spot for identifying your niche. Feeling passionate about a job makes a huge difference in your approach to finding your niche. When you are new to the industry, you need to work extra hours to research, do your homework, and close your knowledge gaps. It’s also important to think about which areas you have special skills or experience in. What do people regularly tell you you’re good at? What’s your training or education? What special skills or knowledge have you developed through your work? Finding your niche is an important step in building and growing a successful business. Focus on your passion when finding your niche. You do not just choose a niche because you are “kind of interested” in it; it should be something, you can see yourself being passionate about for at least 5 years*.

Do you want to work in the renewable sector yourself?

Find out about our courses